The present government has pledged to limit children’s universal right to daycare so that if one or both of the child’s parents are at home on maternity, paternity or child care leave the child would have the right for only part-time day care. However, some allowances could be made recognizing the “social grounds” for the parent(s) being at home.

Yesterday the leaders of the government parties agreed that the right to daycare will be restricted but the details are to be dealt with later. Especially the social democrats should now have a serious discussion on whether they want to go down in history as the party that was involved in the dismantling of one of the greatest equality achievements which also took decades of fighting to achieve.

I would once again like to express in plain terms what kind of issues limiting this right can cause. First of all, the issue is very marginal: research on this matter shows that children whose younger sibling is in home care represent only approximately 3% of all children in full-time daycare. In practice the vast majority of these children are already in part-time daycare or at home by choice. The savings to be accomplished by limiting the universal right to daycare would be insignificant compared to all the practical problems and unnecessary bureaucracy it would cause.

Second, when the revised system was put together the reality of families with children were not taken into account. In practice, families exercising their right to full-time daycare most probably have valid reasons for their choice. A parent taking care of an infant is almost always tired and completely tied to caring for the newborn. Maybe the family has held back from moving from full-time to part-time daycare fearing that the child might lose connection with the familiar group of children and daycare teachers – since moving from full-time to part-time daycare often means being bounced around from one daycare group, daycare centre or even district to another. The little research available on the matter shows that the vast majority of older siblings in full-time daycare are over three years old and thus of an age at which their developmental needs already include peer relationships and play activities, and they already spend fairly long days in daycare. Nothing suggests that parents in changing situations would want to keep their children in full-time care because of laziness or unwillingness to take care of their own children. Often their choices are driven by the pressure to juggle between work and family life.

Third, the revised system does not consider the views of children. It’s important to remember that many children stay in daycare in their own familiar group, out of their own free will. The birth of a younger sibling is one the biggest changes a child faces and so maintaining stability in other areas can be the most reasonable solution. How many of us grown-ups would be willing to change our work environment when our life is in turmoil?

Forth, the revised system does not consider the resources and structures of daycare centres at all. If the system is changed it can paradoxically lead to a situation in which the total usage of daycare (in hours) goes up, the groups get bigger and the staff becomes even more overworked. In all likelihood, totally new groups will have to be set up for children in part-time daycare and since the schedules and routines will conflict so much with those of the full-time daycare groups. Those eligible for full-time daycare will most probably keep their children in care for longer fearing that otherwise their children would be moved into part-time daycare. With these changes, there would be more movement between groups and daycare centres following the changes in life circumstances. This would make it harder for families to plan for and organize daycare, which would cause instability in the children’s routines in particular.

We should try to prevent a system where children are divided into different risk and need categories especially if we think today’s daycare should offer more than just social support functions. Or is early childhood education a totally foreign concept? 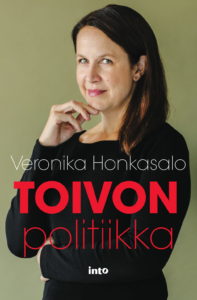